Shadow Puppet? presents an interplay of embodied performance and analog machinery that gives rise to an engulfing play of light, shadow and raw optical sound. Two performers – one behind the machines and one in the spotlights – play this light-to-sound instrument in a dynamic tension of attraction and repulsion. It never gets quite clear who is conducting who…

In this project Dieter Vandoren and Mariska de Groot present a special collaboration wherein they integrate their respective expertises in embodied performance and analog machinery.

Dieter Vandoren develops and performs audiovisual instruments with a strong focus on embodiment. He creates intricate interactions between the human body and the digital synthesis processes, taking cues from acoustic instrument performance. His works take on immersive architectural scales as to engender equally strong embodied experiences in the audience as in himself, the performer.

In this piece they make optical sound into a physical performance.

Both are playing this optical sound instrument in a dynamic tension of attraction and repulsion. One will wonder: ‘who is conducting who?’

Mariska is shooting beams of light coded by graphical patterns engraved in motorized wheels. Dieter wears light sensors on his body, composing a live sound piece by catching fragments of the rotating light-shadow patterns with them. When touched by Dieter’s body the music hidden within the monumental constructivist structures reveals itself. 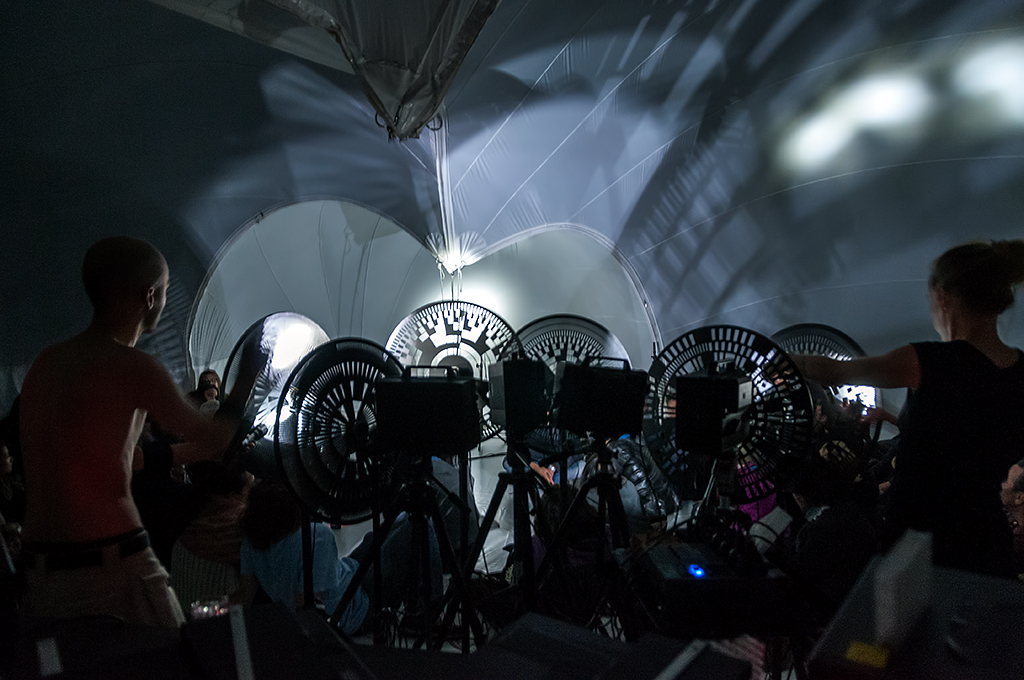