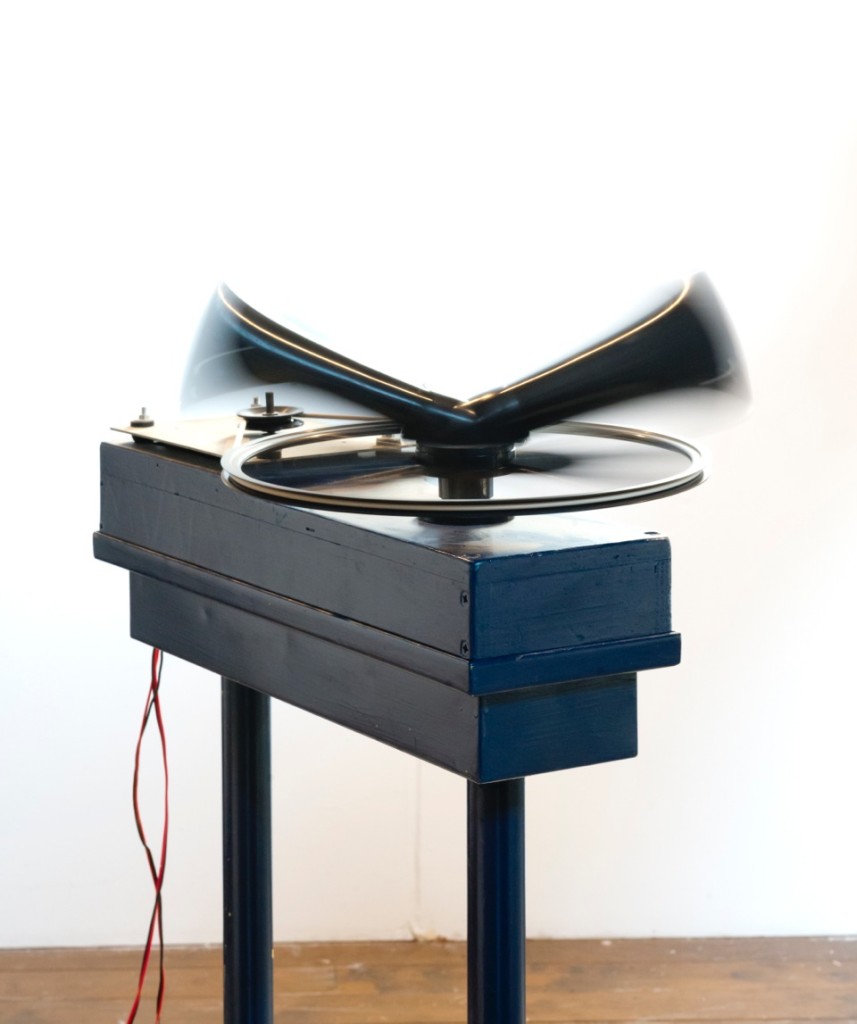 Avant-garde composers since the latter half of the 20th century have adopted increasingly complex electro-acoustic tools to project sound in space, deploying audio technologies within high-tech shrines for electronic music. On the other side of the playing field individual artists have developed their own personal tools and idiosyncratic practices to create new kinds of listening experiences.
The 57th edition of Wonderwerp presents three different approaches of this second kind. Horst Rickels and Robert Pravda will perform with 8 speaker-objects obtained by repurposing the Leslie speaker, which is the sounding component of the Hammond organ. After having been hidden in the cabinets of Hammond organs for decennia, now these Leslie speakers find a new life. Evelina Rajca will present a new piece in which the oral cavities of performers are used as resonance chambers, which become activated by another person’s breath. Matteo Marangoni and Dieter Vandoren will present their Lampyridae, a swarm of artificial creatures that communicate between each other with sound and light, performing a spatial composition in which the electronic sound sources are handed over to the audience.

Horst Rickels, 1947,MA, studied piano construction at Grotrian-Steinway in Braunschweig and worked in that function at Bechstein in Berlin. After this he studied music in Kassel where he composed ballet and theater music for the Staatstheater and was member of the underground-band ‘Pigblood’. In 1972 he started studying electronic composition at the Royal Conservatory in Den Haag. From 1973 he worked as a composer for the theater group Proloog in Eindhoven. In 1983 he earned his degree in music theory at the Brabants Conservatorium with a thesis on the dialectics of Brecht’s texts and Eisler’s music. During the next years he formulated new principles for multimedia theater, resulting in Van Gogh’s Laatste Oor and The Simulated Wood, among others. Supported by a grant from the Fonds voor Scheppende Toonkunst he focused his research on the development of sound objects, sound sculptures and sound installations.
The central question of his research is how the principle of instability of tuning-systems, pictorial structures and performance practices can be made the central theme of art works. Another important aspect of his research is the study of spatial qualities of sound in relation to the natural and artificial environment. As a sound artist he has shown his works in many countries and at international festivals. Often he has participated in projects that aimed at transforming outstanding places into a soundscape, such as Fort Klank in 1994 in which he, Dick Raaijmakers, and Walter Maioli transformed an old fortification into a monumental musical instrument.
From 1985 until 2006 Rickels worked as a lecturer at the Design Academy Eindhoven where he initiated sound-,theatrical- and interdisciplinary projects. In 1989 Rickels was invited to teach at the Interfaculty ArtScience of the Royal Conservatoire and the Royal Academy in The Hague. Since 2002 he has been coordinating the ArtScience masters program and he has been the acting head of the Interfaculty in 2007 and 2008. He composed the soundtracks for diverse films of his daughter Jiska Rickels, among which ‘Himmelfilm’ ,‘Untertage’ ,’4Elements’ which won different international prizes. In 2006/07 Horst Rickels was Artist in Residence at the NFTA (Dutch Film and Television Academy) with a research on the dialectics on music/sound and moving pictures.

Robert Pravda (1967) is a sound-artist, composer and performer currently living in Rotterdam in the Netherlands. He studied engineering at the Technical University of Novi Sad (Serbia), after which he dedicated himself to making music in experimental underground circles. After moving to the Netherlands he studied interdisciplinary art on the Royal Academy for Fine Arts Music and Dance in the Hague. His examination project, the sound-light installation 5x5x5, was awarded with the visitor’s prize of Shell’s Young Artist Award. From 2002 he is teaching sound related courses and developing research projects as a member of the teaching team of the ArtScience department at the Royal Academy for Fine Arts Music and Dance in the Hague.
During and after his studies he concentrated on building instruments for multimedia performances, making compositions for spatial sound and light installations and theater productions. Exhibitions and concert in different venues/festivals:SonicActs Paradiso Amsterdam, Melkweg Amsterdam, PandPaulus Schiedam, Worm Rotterdam, New Forms festival Paard Den Haag, Galerie Den Haag, Gallery 1646 Den Haag, Whitespace Den Haag, Garage Den Haag, TodaysArt Den Haag, Platoux Frankfurt, Der Kunsten festival Brussel. CTM Berlin, Kapelica Ljubljana, Purcell Room London.
Since 2009 he is an active member of Tilt. Tilt is an interdisciplinary platform founded by choreographer Andrea Bozic, sound artist Robert Pravda and visual artist Julia Willms to inspire and support artistic practice and thinking beyond disciplines. 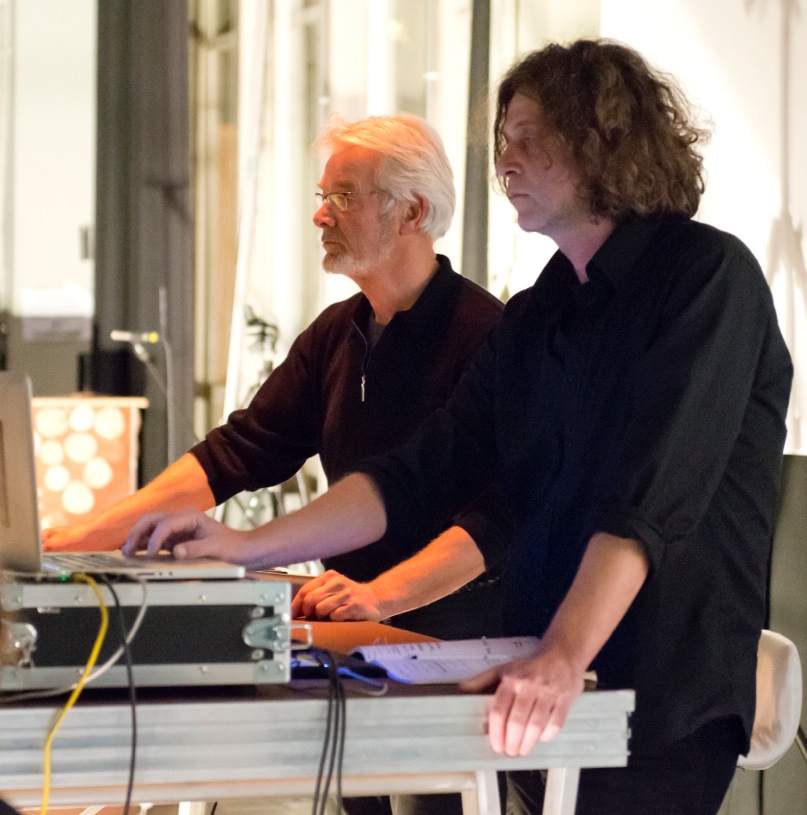 Evelina Rajca studied from 2006-2011 at the Academy of Media Arts in Cologne and at the Central Academy of Fine Arts in Beijing.
In her work the assumption that collective imaginations, dreams, values and fears, as more or less socially unredeemed, are enrolled as forceful imaginary reality in public and private spaces and what is left over of a reformulation of nature, represents a vital link. Her practice is based in between intuitive embodied knowledge and different systems that construct processes of documenting these experiences and translating them into interventions, objects, maps, scores. She re-use old and new technologies as new working material in an ever-changing process. Her complex performative explorations, unfolding in a variety of forms as collaborations, compositions, sculptures, interventions, i.e. within international institutions and public space are wholly present in the space, stimulating the question of who inhabits it. Yet in the process of play and exploration, they continue and transform.
Rajca’s work was recently awarded with a Giga-Hertz Prize for Sound Art by the ZKM ( Center for Art and Media ) in Karlsruhe, an artistic research grant from Stroom, The Netherlands and the DAAD research Grant for the USA (Stanford University) and Austria (Art University Linz). 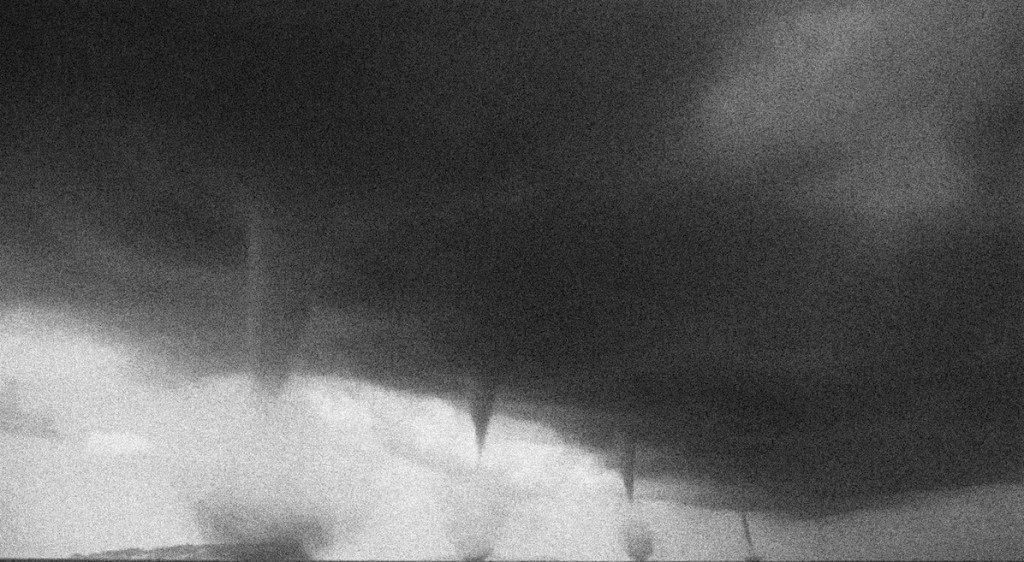 Matteo Marangoni is a DIY enthusiast that operates at the margins of various artistic disciplines. His practice investigates the perception of space and the subject-object dichotomy through processes that articulate the real within idiosyncratic rituals. He is a founding member of the artist collective iii and curates the nomadic performance series “No Patent Pending”. His work “Quiet Before the Storm” received an honorary mention at the Sonic Arts award 2014.

Dieter Vandoren (°1981, Belgium) is a media artist, performer and developer. His work balances on the edge of creative arts and scientific research & development. Drawing from his diverse backgrounds in music, informatics and interactive architecture, he is currently occupied with the development and performance of spatial, immersive audiovisual instruments with a strong focus on the embodied aspect of performance.   He is a guest tutor and researcher at the Hyperbody and StudioLab groups at the Delft University of Technology. His works have been featured at Ars Electronica, TodaysArt, STEIM, NIMk, STRP, Glow, amongst others. 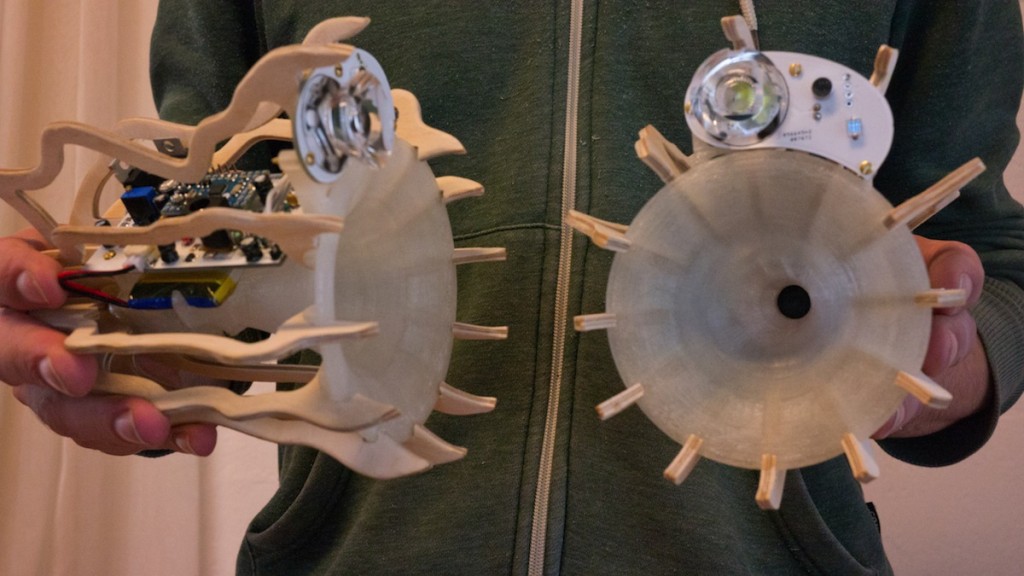 Wonderwerp is a monthly performance series presenting radical artistic practices that engage with sound, image, space and the body:  imagining new tools to articulate everyday phenomena, extending the body, remapping sense perceptions, hacking and reinventing existing media and codes, creating time and space for events which find their preferred storage medium in the memory of participants.

Studio LOOS is the hot spot for new music in The Hague (NL), and is located in the multidisciplinary arts building DCR. It is a workspace, laboratory and a public presentation space for artistic research, experimentation, development, innovation and production of interdisciplinary, experimental, electro acoustic music, sound art, improvisation, composition ranging from monomedia via bimedia to polymedia and hypermedia. Studio LOOS is part of the LOOS Foundation, which brings together internationally renowned and yet unknown artists in the field of interdisciplinary new music, who use the space to conduct their research during residencies and rehearsals and present the results of their experiments and their newest work to the public. The LOOS Foundation is supported by the Municipality of The Hague.