Sand Songs – playing the elements at the Zandmotor 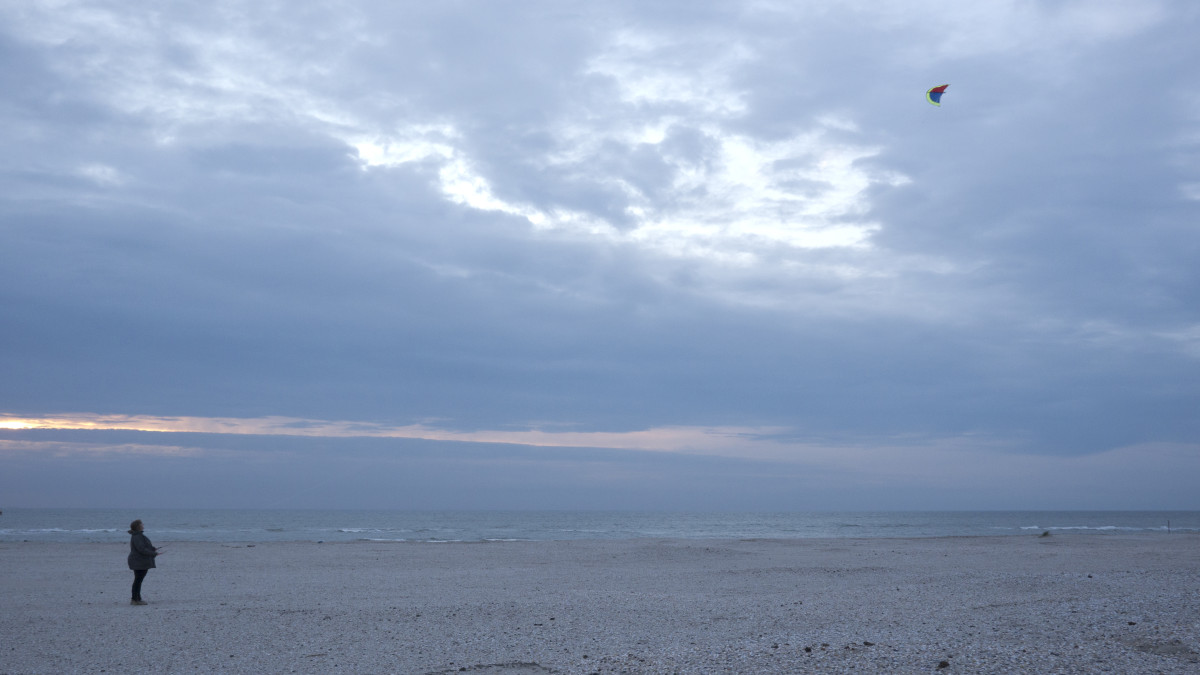 presented in cooperation with ArtScience Interfaculty, Satellietgroep and TodaysArt

NOTE: to attend please register by sending an email to manon@instrumentinventors.org (registration is free)

Here you can find practical information about reaching the location and how to prepare for the excursion: download link

iii invites you to explore the Zandmotor as a playground for new sensory experiences. Following Kaffe Matthews’ Pedalling SeaSides at Kijkduin in 2015, iii has commissioned a series of new experiential artworks that engage with this unique location on the coast of South Holland.

Sand Songs is a program specifically conceived for the Zandmotor by an international group of interdisciplinary artists and students that have been invited to imagine this location in the terms of a musical instrument that is performed by human activity as much as by the natural elements.
The Zandmotor is an artificial peninsula with a surface of around 1 km2 located on the coast of South Holland between the towns of Kijkduin and Monster. Based on the concept of “building with nature”, the Zandmotor was created in 2011 as a defense against coastal erosion. This experimental solution uses the natural movement of the tides to replenish the beaches in the surrounding region. Almost as an ephemeral land art intervention, the Zandmotor is expected to disappear within 20 years.

Sand Songs will present several new productions originating in iii’s guest residency program: Wind Instrument by Marije Baalman, in which flying a kite is turned into a new way to make electronic music, Pulse Jet Symphony by Lars Kynde, Tobias Lukassen and Christian Liljedahl, in which the technology of jet engines developed for V1 rockets during WWII is employed to compose music articulating the speed of sound on a geographical scale, and Digging Piece, by Adam Basanta, David Pocknee, Maya Verlaak, Ana Lemnaru and Grzegorz Marcinak, which invites the audience to take part in a musical treasure hunt, searching for sounding objects buried in the sand. These works will be presented in combination with projects of students originating in the Elements Lab directed by Cocky Eek at the ArtScience Interfaculty. 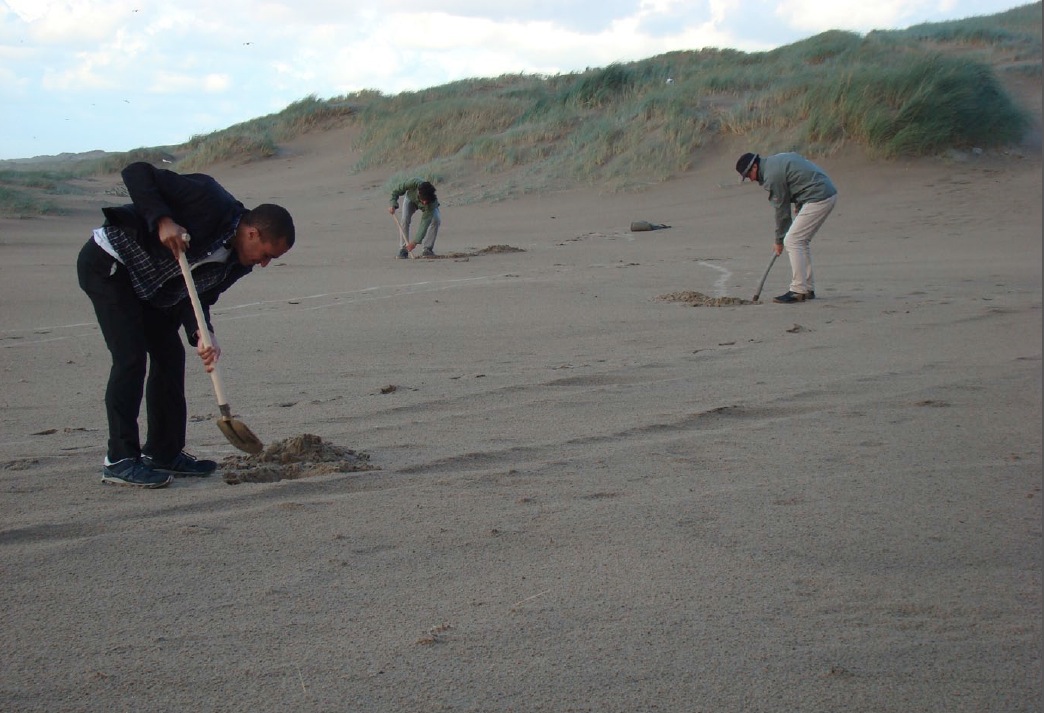 Kiting is like playing an instrument: subtle hand movements have a great effect on the movement of the kite. Wind Instrument transforms the kite into a musical instrument using sensors, software and wearable technologies. The dialogue between the kiter and the wind becomes a musical composition.

A performative installation involving natural and electronic sounds merged with participative aspects of labour. In Digging Piece the public takes part in a treasure hunt, uncovering sounding objects buried in the sand.

Amondawa is a site-specific sound installation, inspired by the dynamic interplay of various forces that form the location of Zandmotor. Unlike the stiff urban architectures, made to rationalise and optimise space, it is rather a dynamic, manmade landscape, that aims to work as an open framework, whose language, as well as identity is fluid and disperse. The installation is a organised as a collective performative act, where spectators will be invited to float on one of the lagoons at the Zandmotor, freely exploring a series of sound islands/objects, initiated by various energies of natural cycles present at the location. While floating on the lagoon, the visual framework is shifted to the sky, and the sounds are rather sensed, than heard. They are occupying the attention, requiring an alert presence, refrained from analytical thought. A deep stillness placed in the present moment opens infinite possibilities.

Over the past year, students of the ArtScience Interfaculty have been working on the Zandmotor under the supervision of Cocky Eek. Lab participants Kay Churcher, Cecile Gentili and Sophie Rust will present the outcome of their research.

A 30 piece installation of metal sculptures that are turned by the wind. In this field of kinetic works, each piece produces a haunting, abrasive sound as they are put into motion. The interaction between these pieces, each of different heights and dimensions, produces a conversation between the variety of sounds.

Close your eyes – and open your ears – Cécile  Gentili

We will explore the Zandmotor and work on our awareness of our sonic and sensorial environment. Each walk will involve a group of participants and guides. The guides will lead participants on a blindfolded walk. Then participants will take off the blindfolds and retrace the walk together, exchanging impressions on the experience.

Aurora is an installation visualizing the motion of the wind.  75 bottles each containing a wind generator powering an LED lamp are spread out over a sand dune, like reverse candles that light up when blowing on them. As the wind rushes over the sand the lights come alive, making perceivable the variations in wind velocity at different points in space. 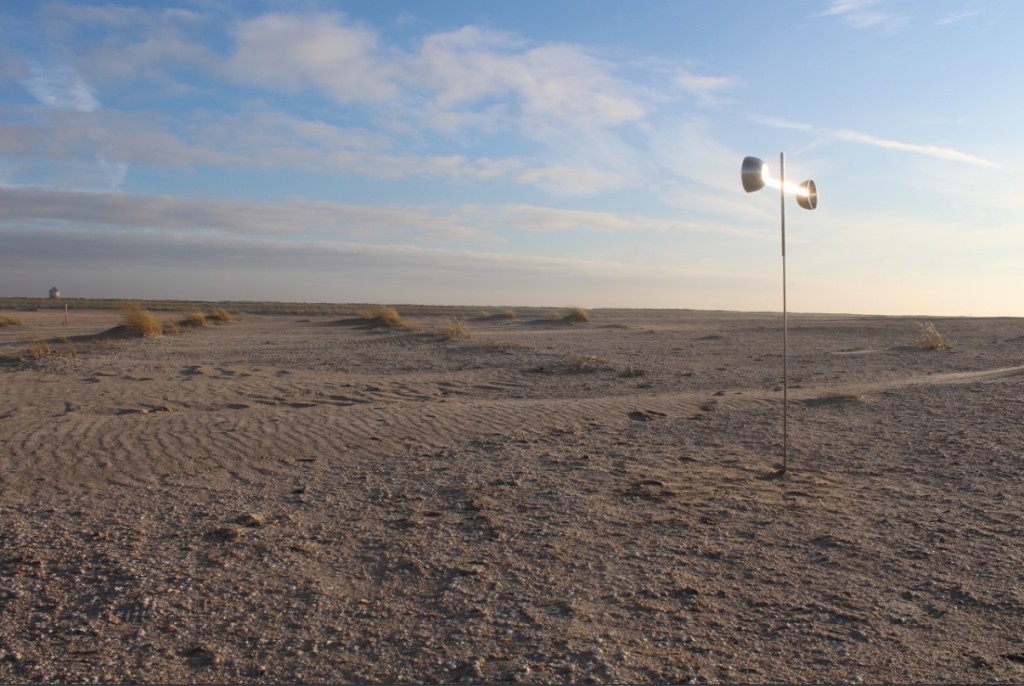 The evening will end with: Climate Proof, a film by Esther Kokmeijer in collaboration with Satellietgroep , and will also feature an unusual cocktail bar Tasting the Zandmotor: Waterpionier by Satellietgroep & De Onkruidenier as well as a very localized pirate radio station  FM Zandmotor Radio with Fauna. 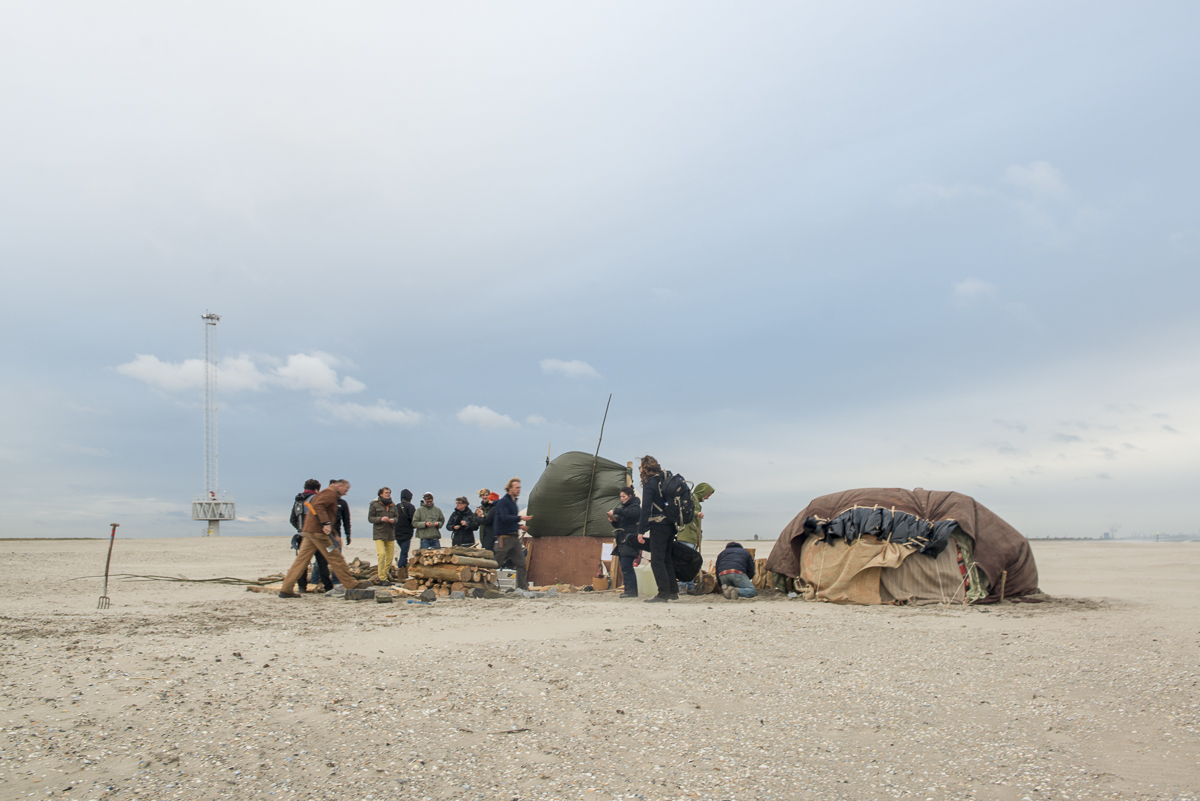 During the workshop participants will learn about pulsejet technology and get hands on playing the Pulse-jet Trombones. It is recommended to bring own ear-protection as the instruments are very loud. Participants are also invited to create scenarios for future use of the instrument and technology in own projects or in future collaboration with the artists.  Starting at 17:00 by the Argusmast, duration 1 hour. Please sign up by writing to larskynde@hotmail.com. Participation is free. 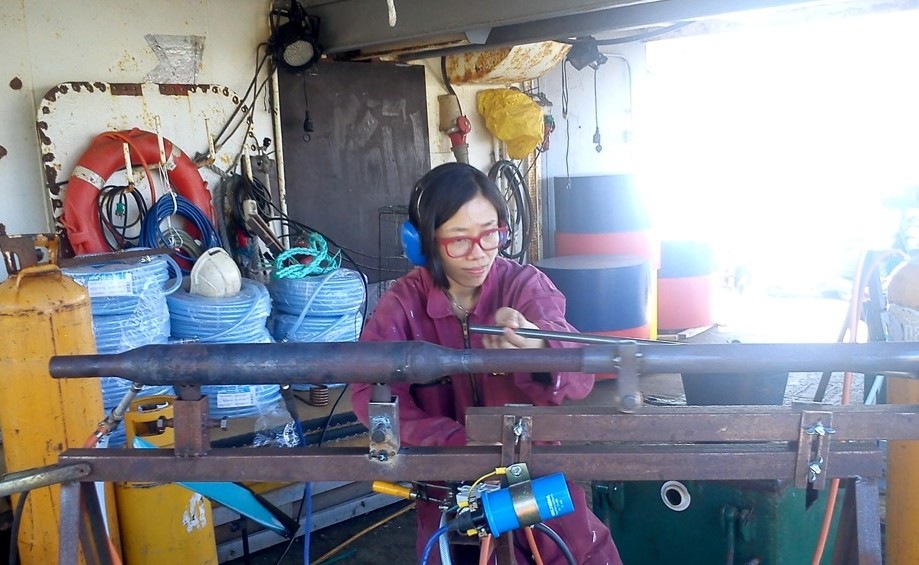 Note: variations to the schedule might occur due to weather conditions, to stay up to date register at manon@instrumentinventors.org

How to get there

The Zandmotor is an artificial peninsula on the coast between Kijkduin and Monster. From the Haagweg there is a bicycle path through the dunes to the beach. Especially for Sand Songs, the public will be picked up at the bicycle stand in the dunes and escorted to the location of the performances. Do you want to attend? Please register at manon@instrumentinventors.org and we will inform you on the route (by car, bicycle and public transport) and what you need to know when visiting the Zandmotor.

The program of Sand Songs is produced within iii’s international artist-in-residence program, in collaboration with the ArtScience Interfaculty at the University of the Arts The Hague, Satellietgroep and TodaysArt and with the support of the Creative Industries Fund NL and Stroom Den Haag. 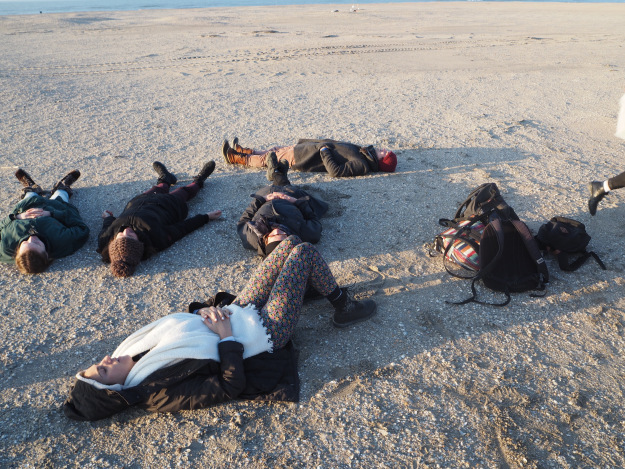